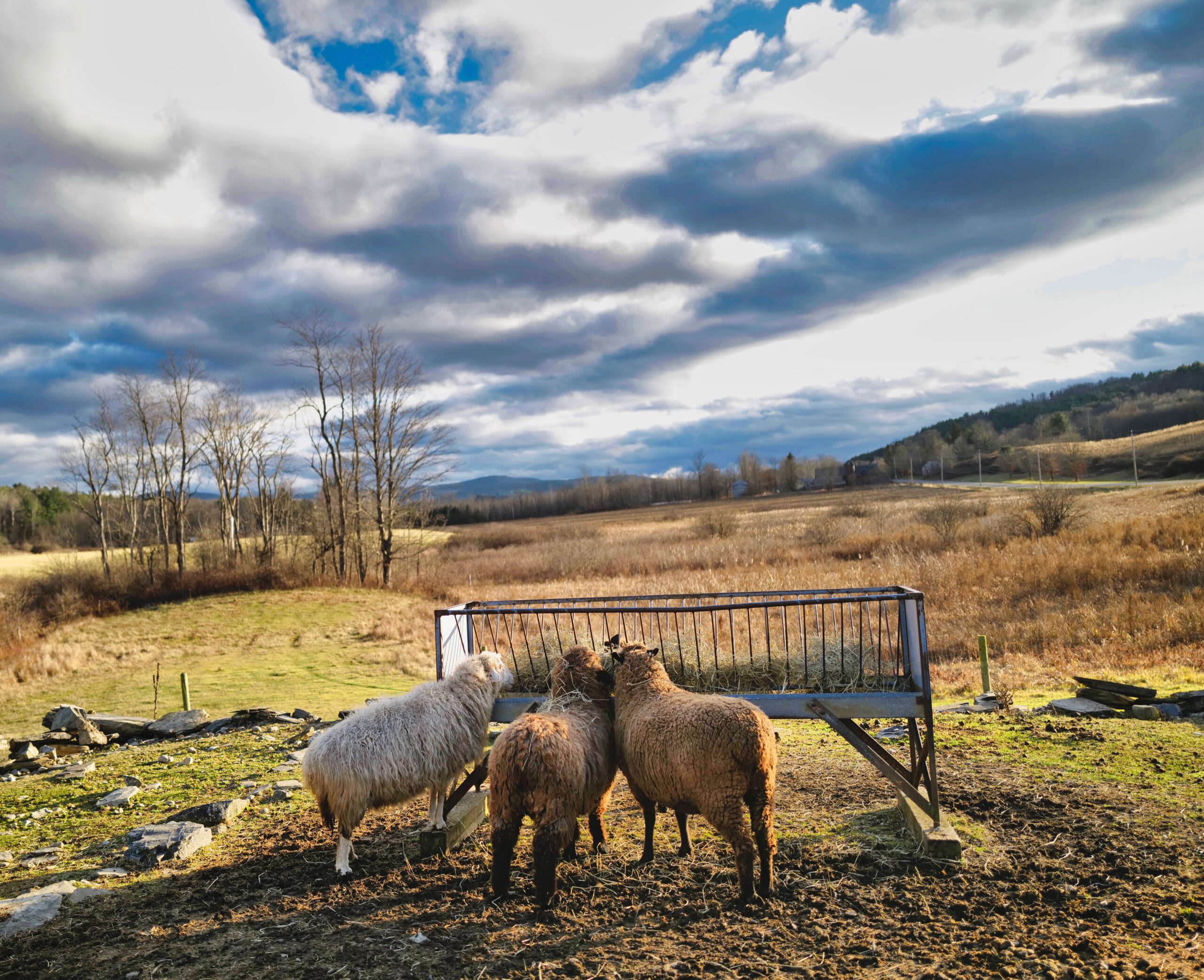 I thought a lot over the past week, and it seems it has opened me up. I’m in a bind.

In the past decade, I’ve taken on several severe personal challenges and shared them as openly and honestly as possible.

I realized today that they’ve all been successful; I have shared a lot of spiritual and personal successes ranging from fear to anger to panic. I felt confident about these things; I knew that if I confronted them seriously, I would prevail or at least come close.

Perhaps I got a little cocky.

This week, I read an essay from one of my favorite philosophers and inspirations, Henri Nouwen. I read his book Bread For The Journey often and use it in my weekly Mansion Meditation Class.

One thing I read from his daily reflections during the holiday week got me spinning. I can’t quite get it out of my head.

The essay is called Freedom from Judging, Freedom for Mercy.

Trading judgment for mercy is a powerful idea, so powerful it’s hard for me to even think about it.

Scanning the news, I see that we are becoming a nation of judges and victims. I don’t want to join that party.

This essay rattled me. Not only did I not assume that I could accomplish this by working hard and focusing on it, but it sent some chills up and down my spine.

I am not at all confident that I can do that. I’m fiercely debating whether it would be authentic or realistic.

I grew up among people who fiercely judged everyone around them, and I’m afraid I picked up the habit, although I’ve mellowed considerably as I’ve grown older. I don’t think of people all day, online or in real life, but I am undoubtedly judgemental.

It’s one of those spiritual ideas that are easy to say but very difficult to do. How much can I change?

As is evident, I am no saint, no priest, but sometimes it’s worth trying to see what happens. I’ve at least learned not to judge people out loud or too much in my writing anymore.

I practice acceptance and empathy and have friends who differ from me in many radical ways, politically, personally, and socially. Like most people, I see myself as being open-minded. I’m not sure I am.

Nouwen is talking about something a lot deeper.

“We spend an enormous amount of energy making up our minds about other people,” he writes. “Not a day goes by without something doing or saying something that evokes the need to form an opinion about them. We hear a lot, see a lot, know a lot.”

The feeling that we have to sort it out in our minds and make judgments about it, he writes, is oppressive.

The desert mystics all wrote that judging other people is a heavy burden while being judged by others is much lighter. I’ve found this to be true in my life and work.

When we let go of our need to judge others, we can experience immense personal freedom. That’s the idea. Once we are free from judging, we are also free for mercy. What a better world that could be.

Really? Can I do that genuinely and sincerely?

This is an enormous order and challenge for me; it asks and calls me to put my money where my mouth is, face some hard truths about myself, and even change my DNA.

A psychoanalyst once told me I had undertaken more change this late in life than any other patient he had ever seen. Can I change this much?

I don’t know if this is possible, and I certainly don’t know whether or not I can do it, to be honest. In all of my childhood,  until I found a Quaker Meeting, I’m not sure I ever knew or was around people who weren’t judgemental of me, my sister, and everyone in the world around them.

It seems worth trying.

It also frightens me. It’s so easy to fake this. I won’t do that.

I’ve been careful in the tasks I’ve taken on and always had the help of people who know me and care about me. This is one I have to do alone. I think it’s possible to get less judgemental and practice more mercy. I bet I could do that.

If I take it on, I’ll share it and be honest. I’m not particularly eager to fail, and admitting failure is no fun, especially for me. Other people have pointed out this flaw in me, and I would be proud to work through it as I get older and will eventually run out of time for self-improvement.

It would be a worthwhile thing to do. And I know it would make me lighter and freeer.

I have a good role model living with me in Maria, who shows mercy to all living things and does not have a habit of judging other people. She has shown great mercy to me and taught me the power of it. I have a therapist I trust who would help insofar as she can.

When I test this in my mind, to be honest, I think of Donald Trump. I’m sick of him. I want him to go away. I’m not a hater; I don’t hate this hateful man. But can I exchange my dislike for him for mercy?

This is a person I do not hate – I can’t think of any human being I hate – but he is distasteful to me, and I have judged him harshly in my mind and my writing. That would be an excellent place to start. It doesn’t mean I have to love him or agree with him. It means I have to be merciful and leave the judging to others.

I have sworn to myself and my readers to be authentic, which means being honest, and if I fail to do this, I feel morally bound to admit it.

That wouldn’t be the end of the world, but it would mark a significant personal defeat for the person I would like to be and for me. I have changed my life more than I imagined and learned to work hard at self-transformation.

I don’t seek to be a different person, which I don’t believe is possible, but I know I can be a better one. Would this make me a better one?

I don’t believe I need to be a saint to be good and do good.

I don’t need to give up my beliefs or work to support and advance them. You don’t need to be St. Augustine or Sister Terese. Judgment is a reflex, I think, like hatred or fear. The idea is to change the reflex as I have done with panic and delusion.

While working with the Mansion residents and refugees, I have learned to trade judgment for mercy and empathy. It would be easy enough to judge some of them. I don’t.

A piece of me thinks I can do this rationally and honestly, and a big chunk of me says I can’t.

I am learning to show mercy for the people who assault or criticize me on my blog. I know that they need and deserve compassion, so often, their lives are empty and disconnected. There was a lot to be learned from that.

I get the idea and the value of what Nouwen is suggesting.

Can I feel mercy for a ruthless and dishonest billionaire who has so callously undermined our democracy for personal gain?

Can I be merciful to people who commit treason and lie, promote hatred for others, and even beat them to death or shoot them? Can I feel mercy for the people blindly supporting his lies and bigotry?

I’d like to, honestly. I would love to be that person. I admire people who can do that. I’ve never been able to do it thoroughly. It’s not a reflex for me.

Nouwen is right in my mind; how light it would be to put aside the judgment and make space for mercy instead. It would certainly feel better.

If I believed in prayer, this would be a good thing to pray on.

I’d love to have an all-knowing God I could ask. I’m the one who has to say yes.

I have worked at being thoughtful about this Trump man and the trouble he has caused our world. I understand how harsh his upbringing was and how damaged his identity and psyche are.

I have no trouble seeing the awful need in him. I wonder if he ever finds a moment of peace. I’m not sure exactly who or what my God is, but whatever they are, they can do the judging. I’m not running for God.

I’m not a stranger to mercy. I understand even the people who shoot innocents on the streets and children in their schools.

I know they are sick and broken, no longer able to make rational judgments about themselves.

I would dearly love to be that kind of person and give up judgment for mercy, but it is a more ambitious task than I’ve taken on in my continuing effort to heal myself and be a better and more meaningful human being.

Helping the Mansion residents and those beautiful refugee children seems like a walk in the park compared to a task like this.

It would take hard and serious work every day, a sea of meditation, contemplation, repetition, thought, discipline, and change.

I want to think about it more. Maria says that even if I get halfway, that’s an accomplishment. She says I’ve changed more challenging things than that.

Writing has made a significant part of me want to say yes, try it. I’ve always liked a challenge.